It gives me great pleasure to write that last month I graduated at Warwick University and officially received my MBA. The day was a great finish to a long, interesting, challenging and insightful journey, and it was lovely to celebrate with my family, alongside over 300 other students who were also graduating with a Warwick MBA on the same day.

The ceremony itself started with an introduction from the chancellor of Warwick University, Sir Richard Lambert, following which the conferment of degrees began. It was a wonderful experience to go up on stage and receive the certificate that marks the completion of my degree – and I was especially proud knowing that my wife and eldest son were sat in the audience watching me.

In addition to the University students, there were also two honorary degrees awarded to Neil Hutchinson, an investor and entrepreneur, and Charlotte Hogg, the Chief Operating Officer at the Bank of England. It was interesting to hear their individual stories outlining very different career paths – and also some concepts that were common to both of them, such as the role of innovation in their success (one of the WBS MBA elective modules I studied), and the importance of philanthropy to them. There was also a speech from a member of the Warwick University Alumni, Lisa Marie Djeng, who talked about her experience since leaving the University, and offered some advice to all us graduates.

Following the graduation ceremony, my family and I had our official photographs taken and then visited the WBS reception event, which was a nice opportunity to have a celebratory toast and see a few other graduates from my course. There were also more photos to be taken, including a WBS Distance Learning “Class of 2015” photo, and the obligatory throwing of the hats:

And that’s it … my time at Warwick is now officially over. It still feels a little strange not immersing myself in textbooks and journals each week, or checking my.wbs for the latest updates (@WBS – the new Intranet looks fantastic, such a shame I never got chance to try it out), but I am definitely enjoying having my evenings and weekends back!

Three and a half years ago I started the MBA at Warwick Business School, and in my first post I shared a picture of me, my wife and our son Joshua. So I thought what better way to mark the end of the journey than with a picture of us now, along with our second son Samson who was born last year. As at least two of the speakers at the graduation ceremony emphasised, I would not have been able to undertake this MBA were it not for the support of my family, friends, and especially my wife Becky – thanks for your support and encouragement all the way! 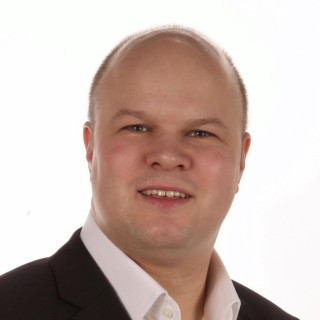